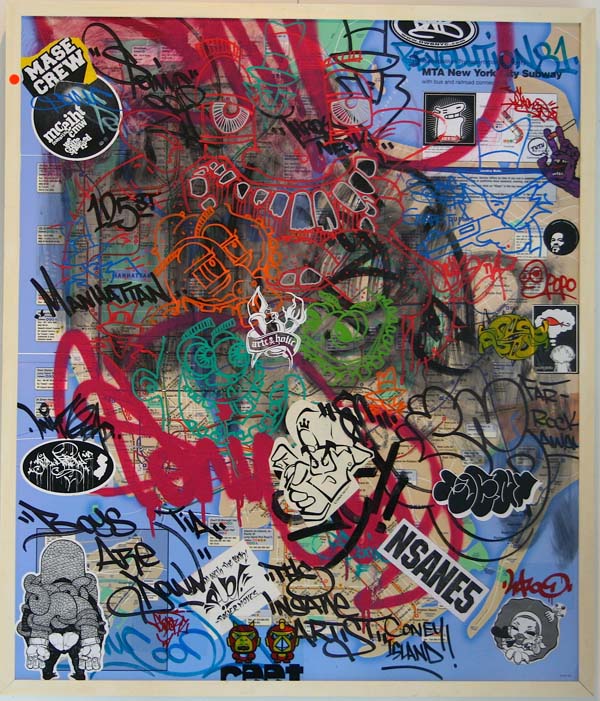 Sonic Rodriguez, is an original pioneer of graffiti art. He started painting on the NYC subways in 1973. During that time, just as Hip Hop was beginning, graffiti was only tags and bubble letters, Sonic, along with other street artists, brought art into graffiti. Creating many styles still used today, Sonic is most known for his 3D folding letters and using characters as letters. Though passionate about spray paint Sonic uses many mediums. Sonic was one of the first to produce air brushed Boriqua themed t-shirts for the Annual NYC Puerto Rican Day Parade. Sonic’s art became politically motivated in the 80’s and was inspired to create the infamous World War III train car, which was featured at theGalerie Bailey Contemporian, Paris, France April- May 2008. Murals are also a big part of Sonics repertoire and he has created many murals dedicated to 9/11, his “God Bless America” mural in Queens, NY was included in the CBS TV tribute. 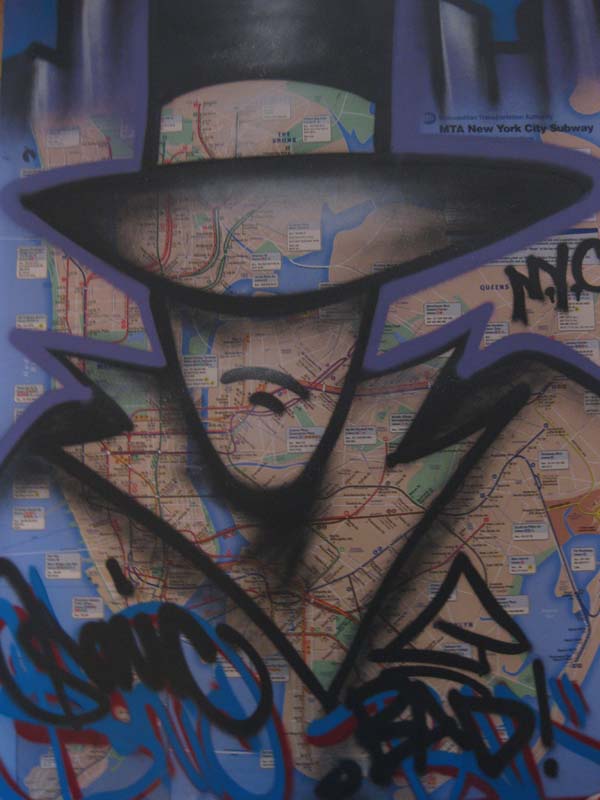 Graffiti art work in Galleries and in Auctions in New York, Paris, Hong Kong and Indonesia.